ABOUT US
THE LEAGUE
THE LEADERSHIP 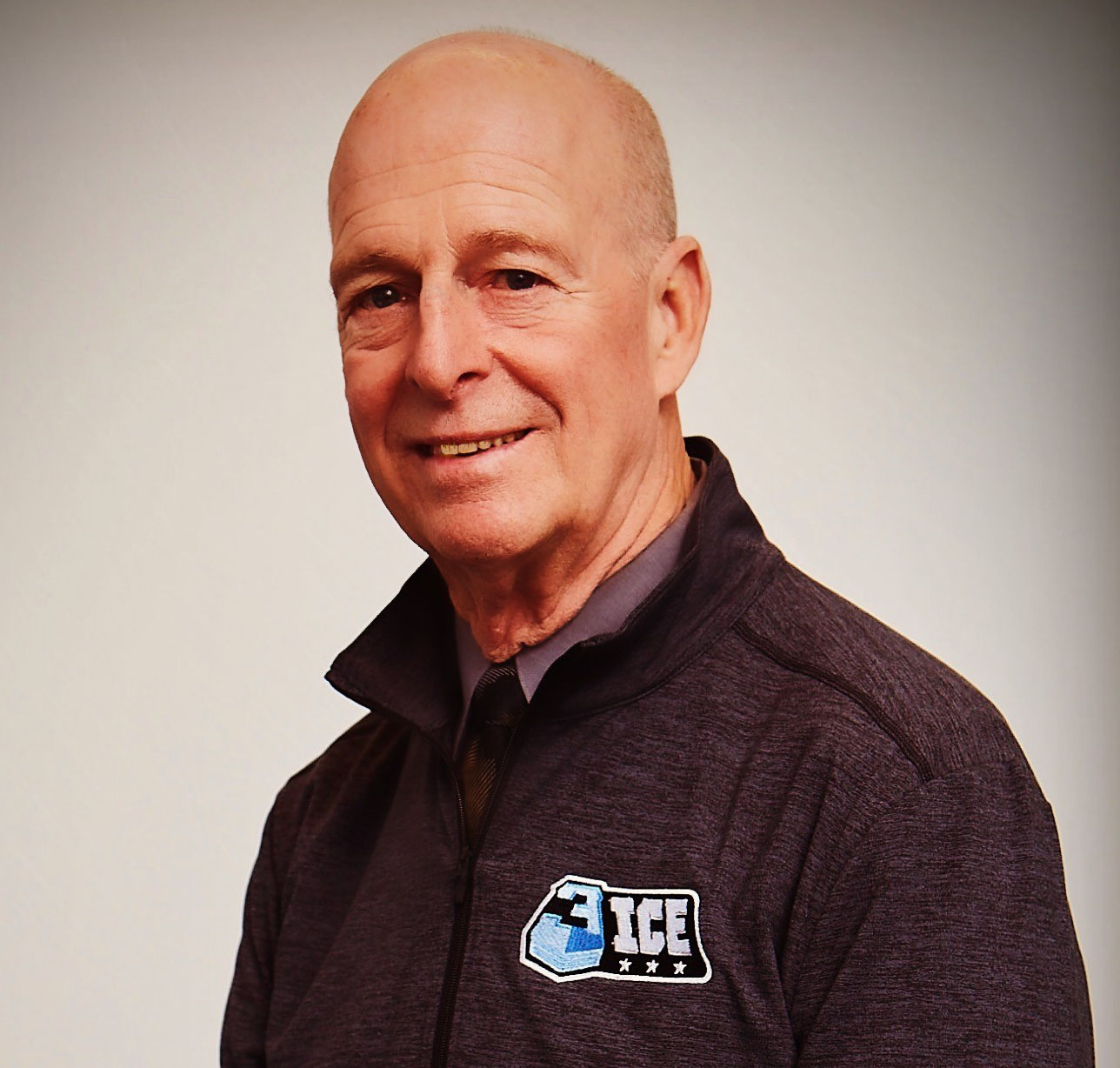 Hockey Hall of Famer Craig Patrick has been involved in all aspects of the sport of hockey since he was a young boy playing pond hockey in Wellesley, Massachusetts. Hockey was more than just a passion for Craig, it was in his blood. The Patrick family history has a long lineage of professional hockey players, including his grandfather and his father to name a few. Craig, along with several other members of the Patrick family have their names engraved on the Stanley Cup and are distinguished members of the Hockey Hall of Fame.

Patrick led his college hockey team, the University of Denver Pioneers, to NCAA national titles in 1968 and 1969, serving as the team’s captain in ’69. He would later return to his alma mater of DU in 1987, serving two years as the school’s athletic director.

Patrick served in United States Army prior to embarking on an NHL career with the California Golden Seals, St. Louis Blues, Kansas City Scouts and Washington Capitals, along with playing for the U.S. National Team. After retiring from professional hockey in 1979, Patrick was hired by the legendary coach Herb Brooks to become the Assistant GM and Assistant Coach of the 1980 U.S. Olympic hockey team that famously defeated the Soviet Union, better known as the “Miracle on Ice.” The team went on to win Olympic Gold, two days later, defeating Finland. In 2002, Patrick served as GM once again for Team USA, assembling a team that would win the silver medal; America’s first medal since the 1980 campaign.

Patrick has served multiple NHL franchises in several capacities since 1980, starting with the New York Rangers, where he held the titles of General Manager, Head Coach and Director of Operations. In 1989, he was hired as the GM of the Pittsburgh Penguins, a club he also coached for the 1989-90 and 1996-97 seasons. Patrick has his name etched in Lord Stanley’s Cup as the General Manager of the Pittsburgh Penguins during their 1990-91 and 1991-92 championship campaigns. During his tenor as a General Manager in the NHL, he drafted notable players such as Mike Richter, Brian Leetch, Jaromir Jagr, Marc-Andre Fleury, Evgeni Malkin and Sidney Crosby. Patrick was named NHL Executive of the Year by Sporting News three times (1990-91, 1997-98, 1998-99).

Patrick was born May 20, 1946 in Detroit, Michigan, and is married to wife, Jamie. He has four children, daughters Erin and Taylor and sons C.J. and Ryan, along with nine grandchildren, Ryan, Reed, Anna, Cavan, Tatum, Declan, Molly, Sean and Michaela. 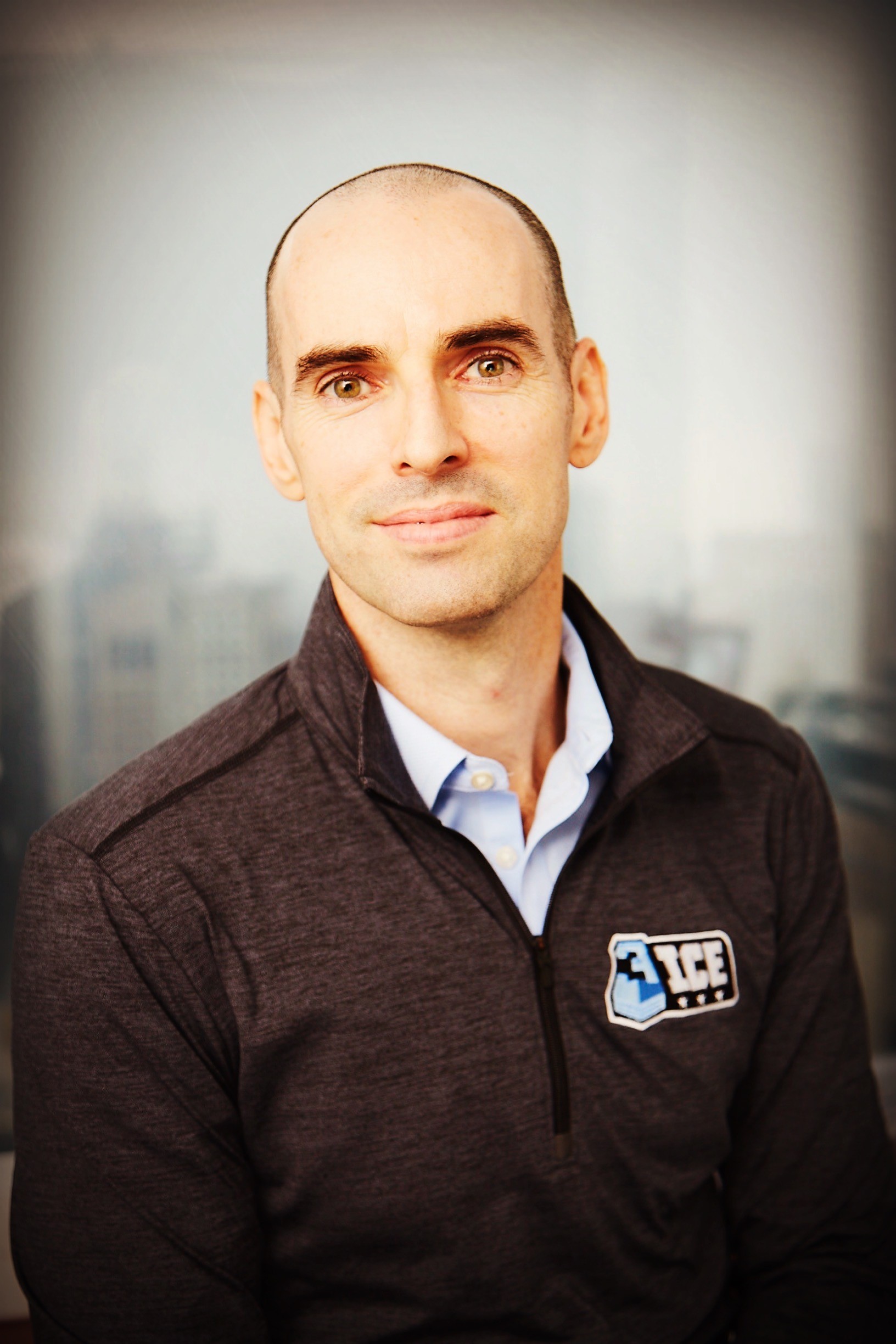 E.J. Johnston is the son of former NHL goalie, coach and General Manager, Ed Johnston. Prior to founding 3ICE, he spent eight years as an Executive Producer in Los Angeles creating and writing multiple TV series including NBC's reality competition, Fashion Star, as well as scripted shows for BET and other networks.

Johnston owns the distinction of being the first-ever American to sell and produce a reality television format in China. Prior to executive producing, he worked for Fox Sports Television Network as a Media Sales Representative and at international sports marketing giant IMG, as a member of its senior business development group overseeing all Sales, Marketing and Operations for the IMG Fashion division.

E.J. also spent time at Getty Images where he built an Entertainment Division servicing fashion, film and entertainment events around the world while managing teams in all of Getty’s global offices – London, Los Angeles, New York and Sydney.

Johnston graduated with honors from the Smeal College of Business at The Pennsylvania State University with a B.S. in Economics and a minor in Business Administration. He holds three passports, speaks excellent Spanish, terrible French and plays well-above-average hockey several times a week. 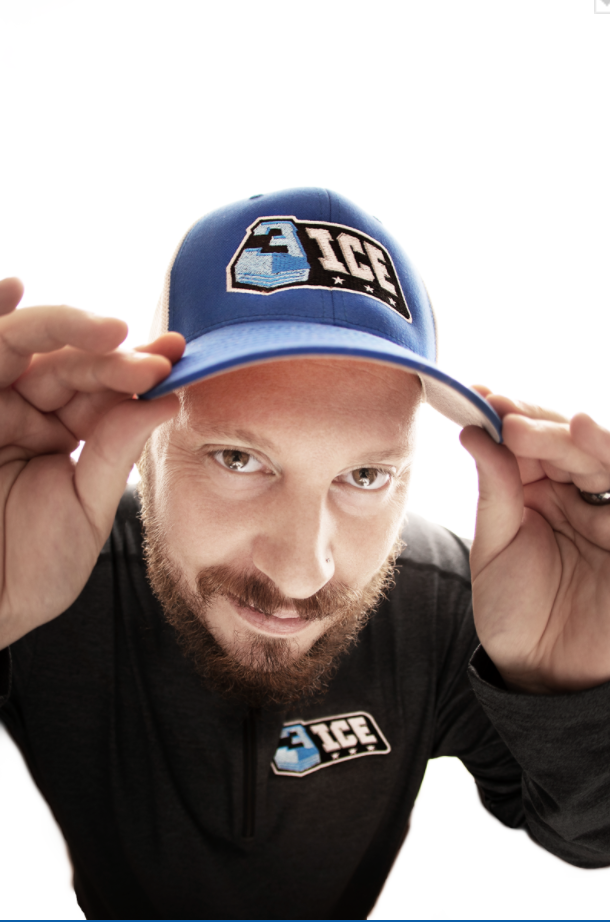 Greg Cannon is a global brand experience leader with 20+ years in live entertainment, sports, and hospitality marketing. As a former big agency creative director, grounded in fan engagement and loyalty via two of the world's top entertainment companies- MSG and Caesars Entertainment.  Cannon applies his passion for brand storytelling, audience development, and revenue growth - refined over decades of working with best-in-class organizations, and to introduce cutting-edge digitally-driven advances to help make 3ICE a global success.

Cannon garnered in comparable marketing success stories with some of the top-tier sports, media and entertainment brands, generating positive results with year-over-year gains for each of his leadership roles. Cannon served as the Vice President of Content & Engagement for the Madison Square Garden Company (including the NY Knicks, Rangers, Rockettes, Madison Square Garden, Radio City Music Hall, Chicago Theater, and LA Forum).

Prior to his role with MSG, Cannon spent over a decade in Las Vegas, including five years as the Global Vice President of Brand Engagement for Caesars Entertainment - the world’s largest destination entertainment company, a leader in loyalty marketing and third-largest entertainment promoter.

Early in his career, Cannon spent time on the agency side leading production and ultimately as a Creative Director under the global advertising umbrella, Omnicom. He led large brand accounts, including Sony, Disney, Universal, Party City, and Papa John’s.

Today, Cannon is a current board member for Social Rewards and the international marketing network group “Peer150”. He has presented keynotes around the world, and has been recognized for overall creative excellence with numerous national awards, featured in numerous articles, including Wired.com, CMO.com, and Adobe.com, recognized by Stand Up To Cancer (SU2C) and the U.S. Coast Guard for goodwill contributions and has taught as an adjunct professor at multiple universities. 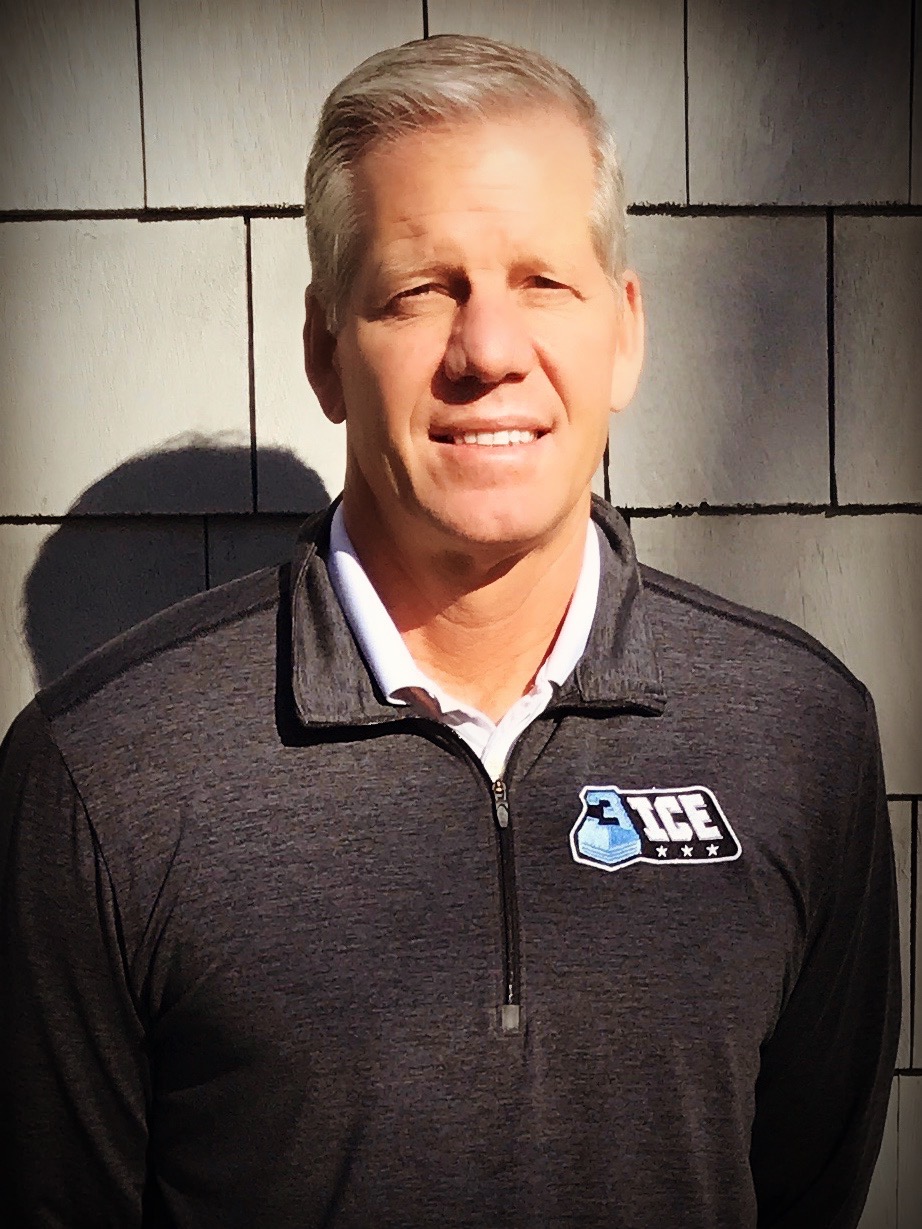 John Schermerhorn has more than 25 years of sales and marketing experience in the sports and entertainment business, working with some of the top sports media agencies and networks in the country. In 2005, John became a Partner at TRP Sports and Entertainment and was a co-founder of college marketing agency, Fluent. In August of 2016, Fluent was sold to Teall Acquisitions, LLC.

John started his career as a media planner at Cunningham & Walsh in New York before moving on to Benton & Bowles, where he developed media and promotional strategies for Proctor & Gamble and Anheuser-Busch.

John moved into the Boston media market in 1991 with American Radio Systems, where he worked at WBMX and WEEI radio. While there, he was responsible for sales of spot radio, Boston Celtics and Boston Bruins radio play-by-play on both WEEI as well as the Celtics and Bruins radio networks.

In 1994, John moved into television at Fox Sports New England where he ultimately became Vice President, General Sales Manager. At FSNE he was responsible for all local and national advertising sales revenue. Schermerhorn developed pricing strategies, annual budgets, sales forecasts and worked with his team to develop non-traditional sales, product placement, set design and cross-promotional selling platforms. In addition to managing the local sales team in Boston, he managed a national rep firm and in his last two years there, managed the Fox Sports NET team in Chicago.

John is a graduate of the Newhouse School of Public Communications at Syracuse University where he majored in Television and Radio. 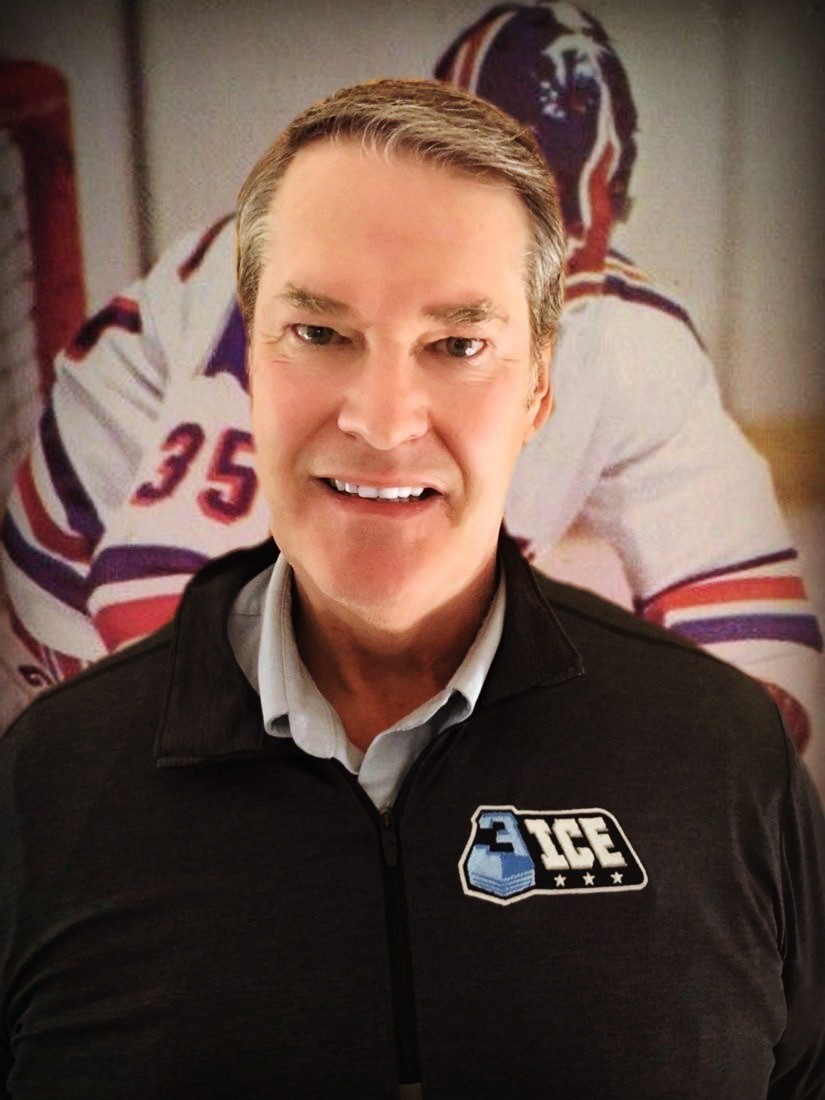 Steve Baker is a former NHL goaltender. As a member of the New York Rangers he won nine of his first 10 starts as a rookie during the 1979-1980 season. Additionally, he helped the Rangers advance to the Stanley Cup Semi-Finals in 1981, that same year he was a member of Team USA in the Canada Cup.

Steve has also worked as a Scouting Consultant for the Tampa Bay Lightning. He was part of their 2004 Stanley Cup winning Management team.

Baker graduated with a Bachelor of Arts degree in Economics from Union College in Schenectady, NY. He is a dual US/Irish citizen.