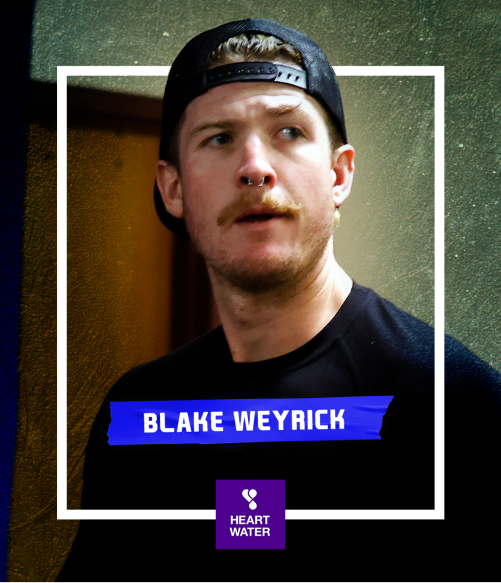 Growing up during the Wayne Gretzky era, Blake Weyrick was surrounded by some of the best hockey in history. As a kid from Southern California, he would join a bunch of neighborhood kids to play roller hockey after school. So, between that and the influence of Gretzky, it was the perfect time to try out ice hockey.

“I really wanted to give it a shot and got out there,” Weyrick said. “I really just kind of fell in love with it and a year later, I tried ice hockey for the first time. I just couldn't get enough of it from then on.”

His career started out at Shattuck St. Mary’s, which prepared him for the next step of playing for the U17 and U18 U.S. National Teams. From there he went on to play at Canisius College and now, he’s adding 3ICE to his hockey resume.

“I'd probably say getting to play in 3ICE’s inaugural season was pretty special too,” Weyrick said. “Definitely not something I take for granted. It's been quite a wild ride.”

When he got the invite to tryouts from E.J. Johnston, Weyrick was over the moon. Just attending the tryouts was a special experience and now having the opportunity to play for 3ICE is something that he’ll remember for the rest of his life.

“When I first heard from EJ and he was telling me about the coaching staff, I thought it was an opportunity that I couldn't pass up,” Weyrick said. “Getting to play for these hall of fame coaches and these legends that I grew up looking up to, it’s just truly a once-in-a-lifetime opportunity.”

Outside of 3ICE, the goalie for Team LeClair is currently finishing a master’s program at Lakehead University in Ontario, Canada. Despite putting a lot of time into school, Weyrick still makes time to keep up with sports.

“My first NFL game was Bills game at New Era Field, and I fell in love with the team,” Weyrick said. “I love the Dodgers for baseball, I'm a Kings fan for hockey, and Lakers for basketball. So in my free time, I love to follow sports and it's a big passion of mine.”