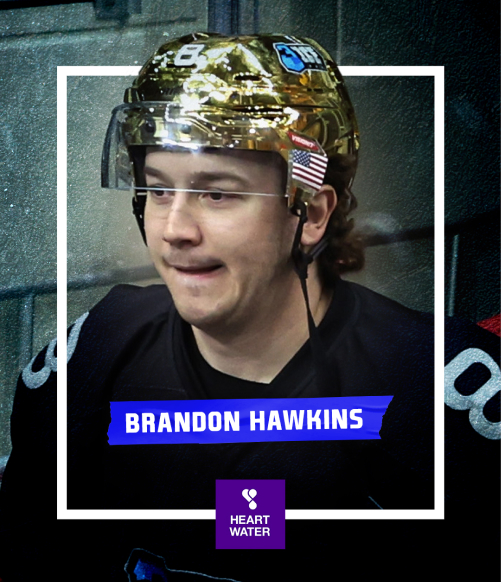 Growing up, Brandon Hawkins’ dad ran a roller hockey rink, so he started playing roller hockey before he transitioned into ice hockey. Spending a lot of time in the rink, Hawkins was quick to pick up skating which helped his ice hockey career later.

“My dad was a world-class speed skater and when he was done speed skating, he got into hockey and that's kind of what he put me into,” Hawkins said. “They always laughed saying I could skate before I could walk.”

Hawkins has always thought of himself as a creative hockey player, and he tries to bring out as much creativity as possible whenever the opportunity presents itself. The Michigan native credits his creative moves and scoring attempts on the ice to roller hockey, which he is now showing off in 3ICE.

“I kind of thought of 3ICE as all the best parts of hockey and roller hockey put together with a few better rule changes, so it was kind of a no-brainer for me,” Hawkins said.

Even at the age of 7, the right winger was finding success. Hawkins has a list of memorable moments throughout both his roller and ice hockey careers, starting out with winning roller hockey nationals.

“Then with ice hockey, it was signing my first professional contract and all the fun things I got to do in college,” Hawkins said. “Like winning the Bean Pot, winning hockey finals, and everything that came with playing for Northeastern”

There’s a familiar face in Team LeClair’s locker room for Hawkins in teammate, T.J. Hensick, Hawkins is lucky to have played alongside Hensick for the Toledo Walleye, and now with 3ICE.

“He's been an awesome mentor and someone I've looked up to for a very long time,” Hawkins said. “Overall, I've learned so much from him and he's made me so much better of a player.

I can't thank him enough. He's someone that's taught me quite a bit, and I wouldn't want it any other way.”