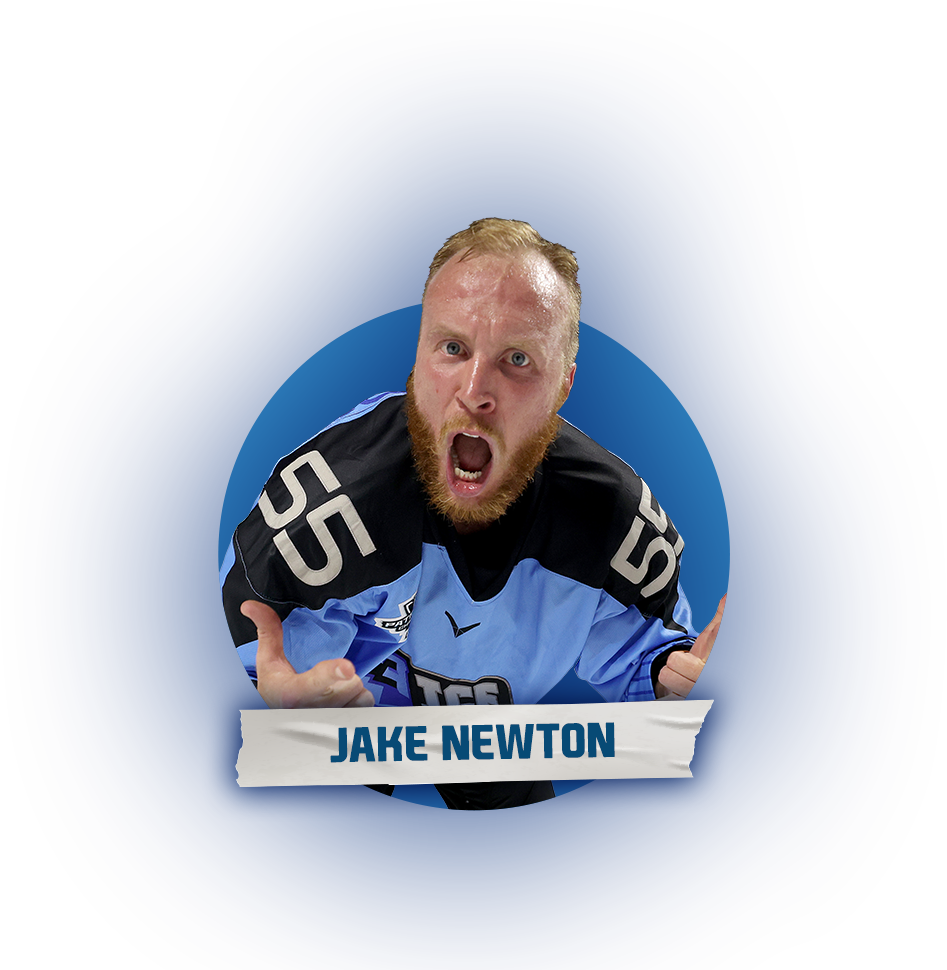 Jake Newton of Team Trottier was one of the first 3ICE players to hoist the Patty Cup.

“Obviously, that's the height of the tournament and of the league,” Newton said. “For it to be the first season, we're all feeling very happy. I haven't been able to stop looking at pictures and videos ever since Saturday. So, it's stuck with me, and it's going to continue that’s for sure.”

At the end of any season, the championship is what every team is playing for. After Team Trottier’s first victory against Team LeClair on Saturday, Newton shared that the message going around the locker room was that they gave themselves the opportunity to be in the final game and it was time to capitalize on that opportunity.

“We all felt like it was very fitting that it was against Team Yellow,” Newton said. “We played them I think three times during the regular season. They had won two and we won one, so it

was kind of to even the series I guess you could say.”

Team Trottier bonded from the first weekend in Vegas to the most recent weekend they spent in Vegas. How they played collectively on the ice and how they were together in the locker room translated onto the ice for the blue sweaters. When looking at their game, Newton felt that his team was the most defensive team in the league, with a special nod to their goalie.

“It creates excitement, passion, and inspiration within the locker room which made it a lot easier for us to go out there and work so hard for one another,” Newton said.  In Game two, to keep Yellow to only three goals is just a show to the defense. Also, to the playoff MVP, Parker Milner, he was just light out on in both games which made a big difference as well.”

Most of Team Trottier got in on the Wednesday before the big day so they could get some skating in together which ultimately paid off for the Blue Team.

“Having those few extra days to be with one another and spend time away from the rink together was great,” Newton said. “All the laughs and smiles just brought us even closer.”

When looking back on the season, Newton sees all the positive experiences and how well he was treated personally, and how well all the players were treated by E.J. Johnston and his staff.

“I want there to be an event this weekend, but certainly looking forward to the offseason,” Newton said. “I’m looking forward to spending some time with my kids, working out, and making sure I'm staying in shape because I fully plan on playing again next season as well.”